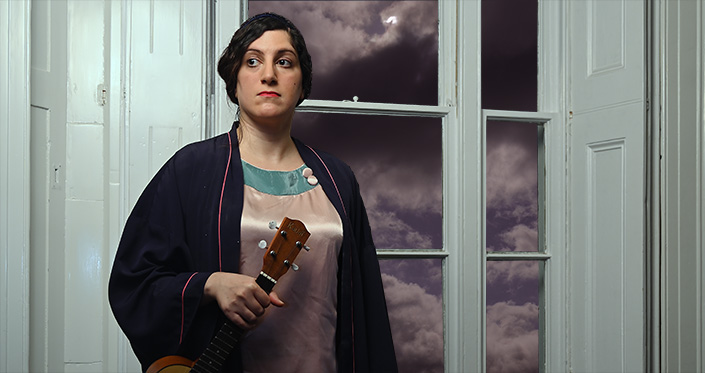 Questors Student Group Strange Orchestra By Rodney Ackland A symphony of eccentrics A 1932 play set in an unkempt Chelsea flat belonging to a slovenly bohemian named Vera Lyndon. This

A symphony of eccentrics

A 1932 play set in an unkempt Chelsea flat belonging to a slovenly bohemian named Vera Lyndon. This ramshackle household is filled to the brim with a plethora of lodgers – all of whom are struggling artists. Although highly cultured, many are far from gracious as they galivant around, engaging in whimsical romances, squabbling wildly and dancing away their uncertainties.
Living in a politically volatile era, the coming conflict in Europe casts a shadow over the times. Especially affected by this is Esther, Vera’s impassioned left-wing daughter, while her other daughter Jenny longs to write a book, despite her inexperience of life and romance. Then, amid the hysteria of this colourful household, in strolls Peter, a homeless artist who uses his caddish charm to further his suspicious intentions.

Written by highly-acclaimed dramatist Rodney Ackland (author of Absolute Hell, The National Theatre), this charming production of his recently rediscovered play proves him as a exemplary voice of his generation. A period drama delivering an ‘orchestra’ of quirky characters, rich in comedy and pathos.