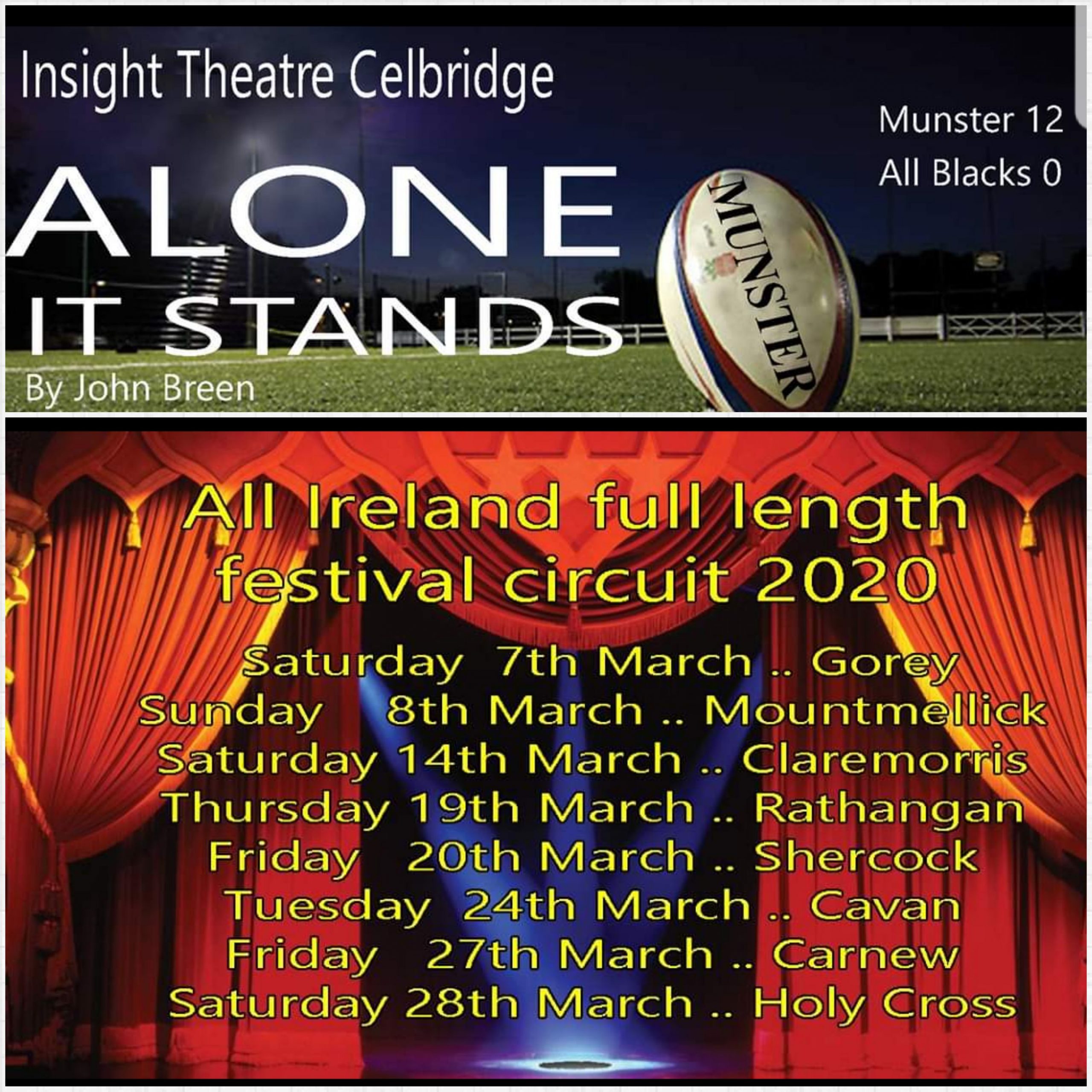 Alone It Stands is a play by John Breen that tells the story of the 1978 rugby union match at Thomond Park between Irish provincial side Munster and the New Zealand national team, the All Blacks. In the play six actors play 62 roles including the Munster team, the New Zealanders playing on the All Blacks team, the two coaches, the ref, the crowd, the press, a pregnant woman, Bunratty singers, several children, a dog and even the ball itself.